Analytics and AI on the Microsoft platform – Marcel Franke – 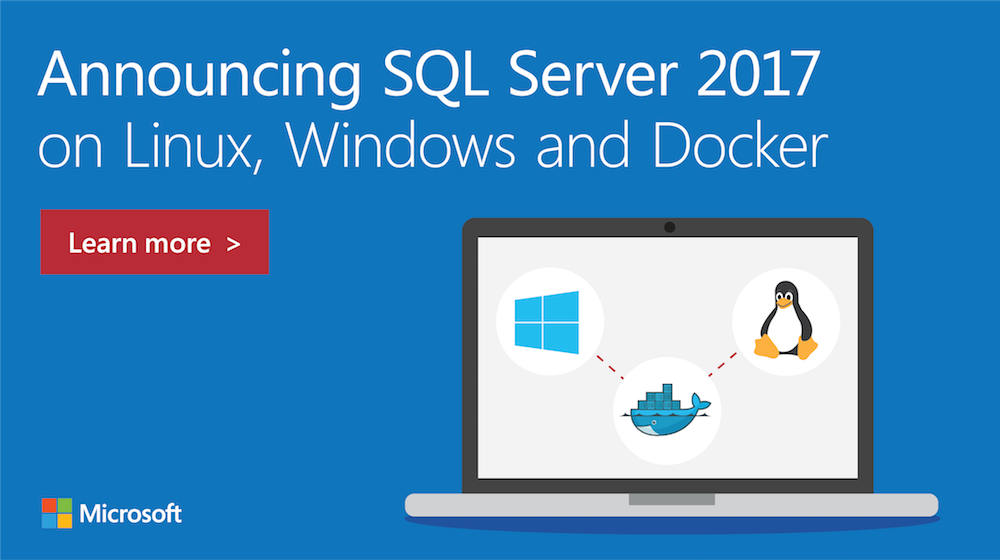 In October 2017 Microsoft announced the general availability of SQL Server 2017 for Windows, Linux and Docker. And since I started to play around with Docker I thought it’s a good idea to setup my next development environment for SQL Server on Docker?

Why? Because Docker provides the ability to package and run an application in a loosely isolated environment called a container. And a Docker container is much more lightweight than a Virtual Machine, because it doesn’t need an extra Operating System, it runs directly within the host machine’s kernel.

If you want to learn more about Docker itself, please have a look here: https://docs.docker.com/engine/docker-overview/

Since I run Windows 10 on my developer machine it need to setup SQL Server in a Windows Docker container and I figured out, that there some pitfalls that I came along. So I though it’s maybe benefitial to write a Step by step setup guide.

To get started we need to download and install Docker first on our machine. You can find the Windows setup here: https://www.docker.com/docker-windows

And there is also a very nice setup guide you can find here: https://docs.docker.com/docker-for-windows/install/. After your setup I would recommend to test if everything works fine. Just follow these examples and run your “Hello World” on Docker.

Additionally I would recommend to install Kitematic, a simple and powerful graphical user interface to manage your Docker environment.

After we performed the basic setup steps, we now need to get the SQL Server docker image. There are two sources available to get preconfigured images:

Microsoft made SQL Server available in the Store and in the Hub:

I will continue with the SQL Server 2017 Developer Edition for Windows. In order to download the image run the following command in Powershell oder the Commandline.

This will download the latest version of SQL Server 2017. This step can take a while, depending on your internet connection.

After your image download has been completed you can start your SQL Server image with the following command:

In this case, the image will have a friendly name “sql1” and SQL Server will run on port 1433.

For more details please have a look here: https://hub.docker.com/r/microsoft/mssql-server-windows-developer/

Step 5: Test your connection with sqlcmd

In order to figure the IP address of your Docker image you can run:

Now that you can connect with your SQL Server I would recommend to create a login instead of using the SA account. You can do this also with sqlcmd:

Start SSMS and then connect to SQL Server as you would also do it with a normal local machine:

Very good now we are able to use our SQL Server environement as we are normally used to it. But it makes for fun, if we would have at least some data to play with. Let’s get AdventureWorks and install it on our Docker image.

AdventureWorks is a sample database that you can download here.

In my case I downloaded the AdventureWorks Data Warehouse backup file.

Next we need to get the backup into our image. To do so you have to first stop your image and then run the following command:

Start your image again, get your new IP-Address and connect with SQL Server Management Studio. Then restore your database from your backup file and you are good to go.

Step 9: Query some data and have fun

The last step is the easiest one. Just fire some SQL queries in your Management Studio.